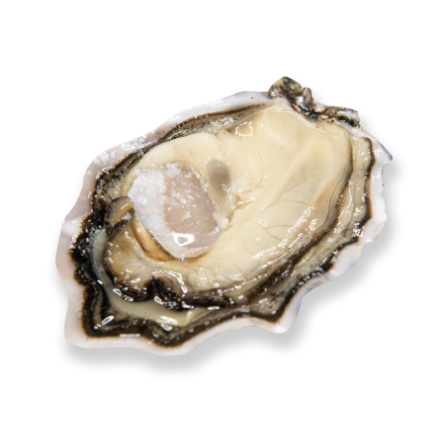 Fleshy and crisp, my aromas give an unforgettable pleasure when tasted.

Ample and round, my taste is subtly sweet with nutty notes.

The Geay family has been working in the Marennes-Oléron’s basin for more than 140 years already.

The story begins on the little harbour of La Tremblade in Charente Maritime,

when Eutrope Geay and his son George, the family pioneers,

were getting noticed on local markets thanks to their charisma

and the exceptional quality of their oysters.

After WW2, René Geay, the third of his generation,

delivering them to fishmongers all over France.

The heritage of the family's expertise was perpetuated by Patrice Geay.

He perfected the technique of growing oysters and developed new ranges,

the “fine de claire” and other great vintages, for his reputation to grow nationwide.

Nowadays, Adrien Geay, who is proud of his vintages and his parks,

is using all his energy to grow to develop his business worldwide.